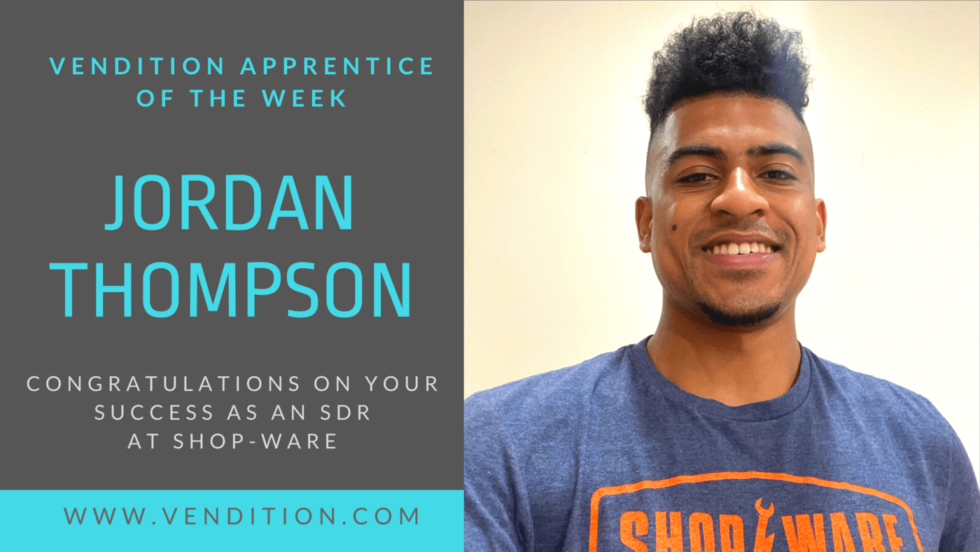 We often find the Apprentices that are most successful are the ones who can apply previous work experiences to their current role. No matter where you come from, there are foundational skills gained in previous roles that can be integrated with what you’re doing in your job today. With Jordan’s former phone experience with his internship at Year Up, it was no surprise that he was able to leverage those skills in generating incredible opportunities for the pipeline quickly in his brief time on the team.

Jordan first gained an appreciation for core communication skills in the internship portion of his time with Year Up.  He had the choice of three different tracks within that program, and through his time in the Project Management track, he learned that he had a “phone voice”, a voice where he was able to stay calm, avoid getting flustered, and be able to clearly communicate. After completing his internship with Year Up, he knew he had tapped into something interesting here and decided to pursue his next step in sales where this type of communication would be advantageous.

His communication skills were a great fit when it came to interviewing with the Shop-Ware team, and in particular, he really hit it off with his future manager Margot. “I think Margot and I really connected. She seemed very down to earth right off the bat, and she saw that a lot of my experience really resonated with the current role.” In addition to finding the right leadership, Jordan knew he wanted an opportunity where he saw a clear progression in his career path.  “I wanted to be somewhere where I had the ability to move up the ladder. I saw that with Shop-Ware.”

To build on his prior phone experience, the Apprenticeship consisted of substantial internal training with Margot and sessions with his Vendition coach. Coming out of the Apprenticeship, Jordan evolved to be fully equipped to pivot on any call. “The confidence I gained on the phones and feeling that I could talk to just about anybody in that situation was key. Earlier on, it would be a stressful dial, but now I can pivot no matter what this or that person says. I know I have a really good grasp of any situation.”

Jordan remembers the coaching session with Vendition that gave him the revelation and was the tipping point for his success: setting the tone through the opener. “Contrary to what you may believe, you don’t really want to sound overly professional in this industry. The people we’re calling want you to be straightforward with them. Make your opener real and authentic. It sits better with people.”

His efforts and learnings have shown results! Margot Wampler, his manager at Shop-ware says, “I’m always impressed with his work ethic and it’s fun to watch him beat everyone in the company week after week in call volume. He’s a valuable asset to our team and I am deeply grateful to Vendition for helping us find him!”

Jordan’s advice that’s helped him most starting out: